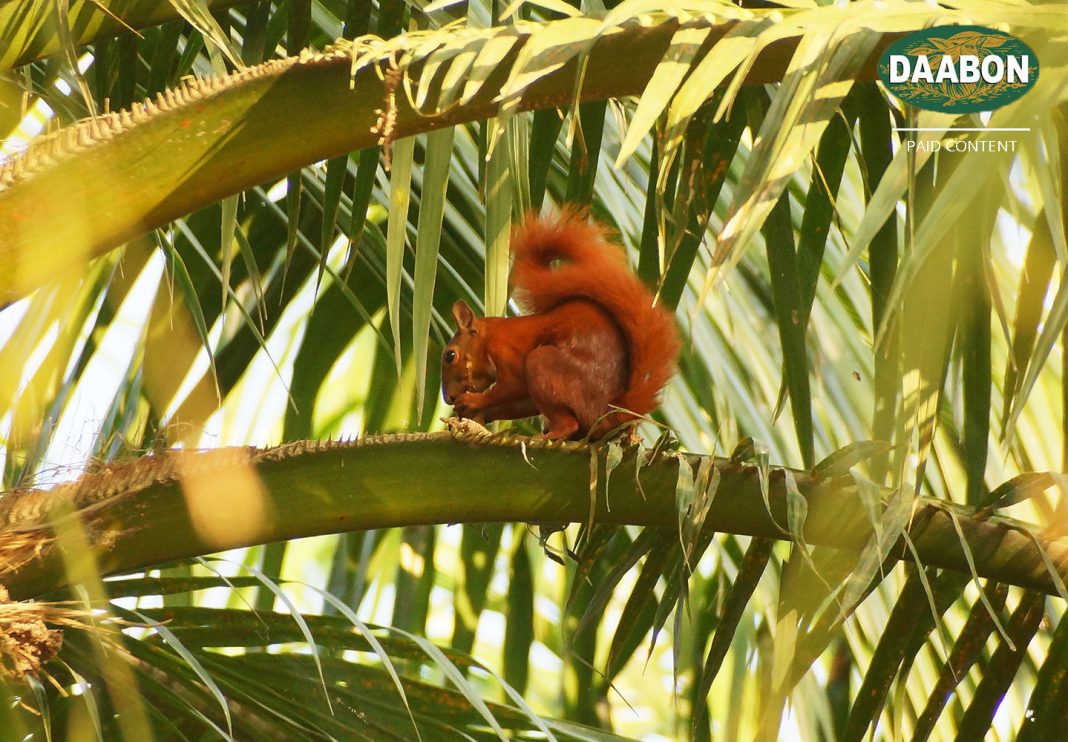 As a 100-year-old company headquartered in Colombia, one of the most biodiverse countries in the world, Daabon knows a thing or two about using sustainable palm oil to protect rainforests and the flora and fauna that calls it home.

The stats about biodiversity are hard to hear. The average abundance of native species in most major land-based habitats has fallen by at least 20% — much of that in the past 30 years, reports the United Nations. Additionally, over three-quarters of the land-based environment and 66% of the marine environment have been significantly altered by human actions.

Loss of habitat is a main reason why wildlife becomes endangered, and as an agricultural company, Daabon is dedicated to protecting Colombia’s plethora of plants, animals, birds and insects. Here’s an insider’s look into what we’re doing to support biodiversity in our country.

Biological diversity represents every single level of life on the planet, from genetic variability, to the richness of species from different taxons, to the configuration of ecosystems in each region.

To protect and conserve biodiversity with regards to the most significant potential negative impacts, we have implemented measures through our Environmental Management Plans – EMP’s-, mainly for the agribusiness sector, to avoid the following:

⁃ Ecosystem fragmentation and habitat reduction.
⁃ Increased risks for the conservation of vulnerable species.
⁃ Loss of species that benefit biological control.
⁃ Under-utilization of renewable natural resources.
⁃ Pollution of natural areas resulting from discharges or overdose of phytosanitary products that affect populations of beneficial organisms.
⁃ Changes in the quality of water resources
⁃ Changes in the availability of soil nutrients given the use of agricultural inputs.

Traditional palm oil plantations cannot support an abundance of animal habitats because there is typically only one plant species: palm. Incorporating sections—often called “corridors”—of forestland into palm oil farms is a key way to increase the variety of plants in a given area. Daabon maintains corridors in all of our plantations.

But it doesn’t stop there: our reforestation corridors also help species that don’t even live deep in the rainforest. In 2018, our efforts were focused on restoring habitats in the riparian areas (borders of land and water), specifically to protect sea turtles in the northern part of Colombia.

Our work also helps rebuild, replant and protect mangroves along Colombia’s rivers and estuaries, which protect against erosion and are home to a wide variety of fish, crustaceans, insects, and mollusks.

Bees are prolific pollinators and are vital to most agriculture. But monoculture farming methods—in which thousands of acres are devoted to a single crop—cannot support bee communities because their food source (flowering plants) only occurs for a few weeks out of the year. In the Tequendama area, based in central Colombia, we maintain upwards of 40 hives, which help pollinate the local flora, and ensure plants are adequately pollinated.

Additionally, we strongly support USDA Organic agriculture—Daabon’s palm oil production doesn’t allow for the use of synthetic pesticides or insecticides, known toxins to insects like bees.

We deeply believe in backing up our efforts with verifiable data, and we understand the importance of monitoring ecological systems in order to benchmark our environmental impact. Daabon identifies High Conservation Value areas—regions that are hotspots for biodiversity and endangered species — in Colombia, and develops strategies around protecting such habitats.

On our cultivated land, we ensure no agricultural chemicals are used in our production, we count the presence of pests with traps, and we utilize resources provided by the World Resources Institute to monitor and control deforestation and fire risks.

Our farms were the first organic palm oil farms to earn Rainforest Alliance certification for their sustainable practices. Our operations meet the rigorous environmental, social, and economic criteria of the Rainforest Alliance certification. We also collaborate with businesses and non-profits around Colombia to conduct many research projects around biodiversity counts as well.

Sustainable Palm Oil vs. Coconut Oil: What You Need to Know

Palm Oil: 8 Facts Everyone Should Know

Sustainable Palm Oil vs. Coconut Oil: What You Need to Know